Recent events have reignited the debate on gun control in this country. Some think it’s shameful to politicize a tragedy, but I say it’s a conversation that needs to be had. Obviously something is fucked up with American society, or people wouldn’t be committing these kinds of atrocities!

But don’t worry, gun-nuts…Wonderhussy fully supports your right to keep and bear arms…. 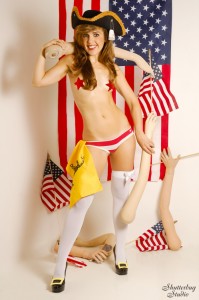 …as long as they are MANNEQUIN arms! Stockpile as many as you like; they’re great for clubbing deer and taking down Black Helicopters and whatnot…but they’re next to useless when it comes to mass murder!

But seriously folks, calm down — I’m just kidding! Though I’m as liberal as they come, I myself am also a gun owner. I have a (registered) 9mm handgun at home for personal protection. I hope to never have to use it, but I do feel some sense of comfort knowing it’s there. I’ve brought it along on photo shoots once or twice, just in case…but so far I’ve been lucky. 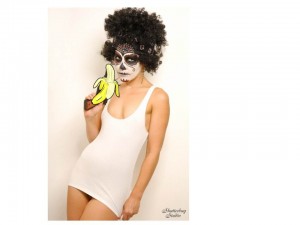 I like having a gun, so obviously I’m not an advocate of gun control. I’d be perfectly happy to surrender my gun if everyone in America did the same…but you know they wouldn’t. Even if guns were illegal, plenty of crooks would still carry them. Just look at weed! The gun-nut axiom is “If guns are outlawed, only outlaws will carry guns.” And it’s true!

Banning guns doesn’t make much sense, and tighter regulation doesn’t really, either — this kid in Connecticut used his mom’s perfectly legal, registered guns to commit his crimes. There will always be ways for kooks to get their hands on weapons. 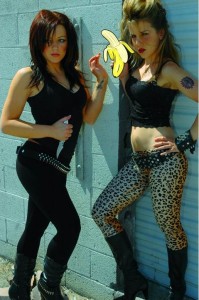 So, what can be done? I’ve been thinking about this a lot, and I feel like part of it might be the way our culture glorifies gun violence. We’re so desensitized to it, we don’t even think twice when violent shoot-em-ups get a PG rating, but the merest glimpse of a nipple or twat warrants an R. SERIOUSLY? Our morals are pretty fucked up! Murder and destruction are OK, but nudity and “bad” words are not. W…..T…..F???

Consider my history of problems with Facebook. I’ve had photos flagged and removed for showing implied nudity — I wasn’t even showing anything, but they removed my photos for “violating” their “standards.” But I can post all manner of ding-a-ling photos of me posing with guns 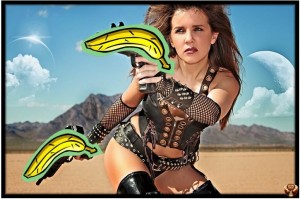 My feeling is, we need to stop glorifying gun violence. The delusional halfwits who commit these atrocities are sickos, suckled at the teat of violent movies and video games. I’m a HUGE supporter of the 1st Amendment, so I’m not saying such content should be banned…but I myself can choose to be more judicious about the content I provide. As a model, I don’t shoot hardcore porn…but up to now, I’d have shot with any AK-47, bazooka or blunderbuss that came down the pike!

So I have decided not to pose for any more cheesy “hot chick with gun” photos (or swords, knives, etc for that matter). And moreover, I am going through my existing body of work, and replacing all the guns with bananas.

That is, until a delusional halfwit sneaks into an elementary school and leaves banana peels all over the hallways, causing children to slip, fall and die.