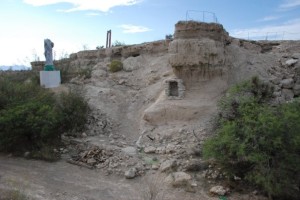 Apparently, some poor guy built this fabulous monument to his dead daughter back in the ’90s. You can read all about it here: http://clui.org/ludb/site/cathedral-canyon

Cathedral Canyon is just outside Vegas, between Pahrump and Tecopa, about an hour’s drive. I guess back in the day it was 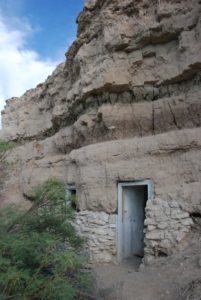 lit up with colored lights, and had a suspension bridge and running water and bathrooms and everything, so people from Vegas used to party out there. But then the guy who built it died, and since then the whole place has sort of fallen into a state of crumbling decay…which in my opinion is even better!

Also onsite lie the supposed remains of Quehoe, the “Last Renegade Indian,” a murderous club-footed half-breed who lived in a cave 90 miles away and spent his life terrorizing the white settlers in the area back in the early 1900s, until his death around 1911. 30 years later, his mummified remains were found in his cave, along with a sheriff’s badge and a .38, and the Elks Club used to roll the mummy out for parades and such, until finally a local D.A. bought Quehoe and gave him a “proper burial” at Cathedral Canyon. 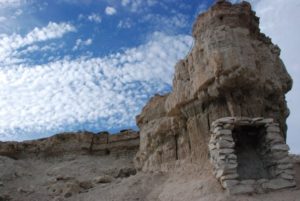 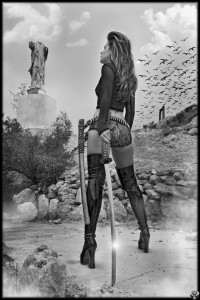 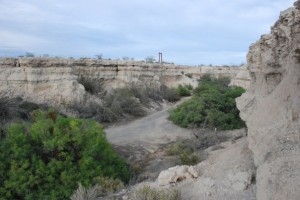