The Shitty Update (Fun Update to Come on Wednesday) 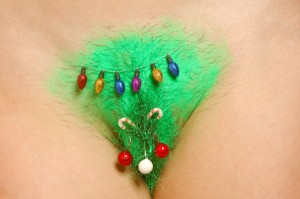 Ho, ho, ho… BAH! This is without question the shittiest Xmas I’ve ever suffered through. I couldn’t even afford a Christmas tree, and had to settle for painting my pubes green 🙁

This is a 2-part entry, because I waited soooo long to update that I did a million interesting things, and it would take too long to write it all at once. So first, I’m just going to tell you about how fucking miserable I’ve been! Seriously, I’ve been weeping, bawling, sobbing and screaming most every night…only taking the occasional breather to guzzle alcohol and inhale medicine to dull the pain. It sucked!

Anyhoo, I’ve never been a big Christmas fan, and I’m certainly no believer…but I generally enjoy the season anyway, what with all the hot boozy drinks, parties and time spent with my nutty family. Corny as it may sound, it’s a time of year for being cozy and loved and pleasantly buzzed in front of the fire. 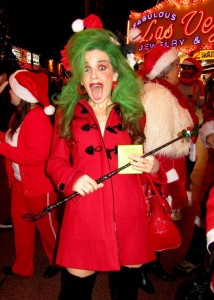 But this year, it’s been shit. As you’ll recall, I can’t afford the mortgage on my insanely underwater house, and my bank won’t write down my principal…so I’ve decided to short sell it. My attorney listed it the day before Thanksgiving, so all weekend (including on the holiday itself) I was getting calls from all kinds of Realtors, wanting to come check the place out. I was at my mom’s house in California, so I told everyone to come by when I got back to Vegas on Monday.

So on Monday, starting at the UNDOGLY hour of 9:30am, a constant stream of Realtors and potential buyers passed through my house. The first guy showed up at 9:30 am (!!!), and from there one it was one after the other, sometimes two at a time, all…day….long. It was exhausting! Do you have any idea how demoralizing it is to have total strangers tramping through your home, poking into your closets and drawers and looking askance at your wigs and oddities?! I felt like I was running a fuckin’ museum! (I should have opened up a gift shop, to sell my panties!)

All types of people crossed my threshold — it  seemed that all of Vegas wanted a piece of the action! Rightly so, since it was listed at $109,000 — a steal! I mean, a ridiculous steal — all day long people were asking me suspiciously, “So why are you selling this place?” as if I was hiding some awful secret, like, “Oh, because there was a mass murder here and the place is haunted by a thousand ghosts,” or, “Oh, there’s a mad plumbing problem.” The sad truth is, I’m selling it because I HAVE to! I don’t WANT to — I just can’t afford it. I LOVE my house, but I refuse to spend the rest of my life paying off a bum loan on it.

Of course I didn’t say all that to my potential buyers — I was trying to sell the fuckin’ joint, not freak people out. I even took care to cover up the ginormous DDD-size tits on my porn-shop mannequin — normally, as you know, I refuse to kow-tow to the bourgeois moral code of the day…but for propriety’s sake, I did cover her up with a scarf. And good thing– not one but TWO Orthodox Jewish families came in to look! One mother was pregnant with a toddler in tow — can’t have little Ari traumatized by titties at the crazy godless shiksa’s house! (Even though that little bastard Ari toddled into MY kitchen, and opened MY cupboard door, and took out one of MY Capri-Suns and put his drooly crumby lips all over it. Fucker!)

Yes that’s right, not one but TWO Orthodox families came to look — one of them even submitted an offer, mentioning on the offer that I should sell to them because their Rabbi lives down the street and my little side patio would be the perfect spot for them to build a Sukkot hut on Passover. Hmm! Wicca World is also down the block…maybe if I’d have mentioned that in the listing, I could have sold to a wizard! 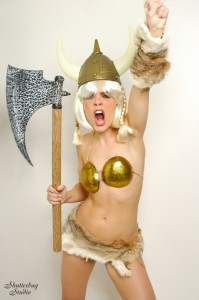 I showed to several other parties, including a young Mexican couple in a Jarritos van (which probably freaked my neighbors out), an old Filipino couple, a trapeze artist from Cirque du Soleil and a wacky pink-haired drummer wearing those Vibram 5-toe shoes. All in all, your typical Vegas house-buying crowd. This went on and on and on until the last party left around 6:30pm…and by day’s end, I had eight offers. Not bad!

My attorney advised me on which offer to accept (the Mexicans in the Jarritos van, hahahahaha — they had straight cash, yo), so then I had to go back and fill out about 50 pages of paperwork, attesting to my broke-ass financial state and basically pleading with Friendly Mr. Banker the Buttfucking, Bloodsucking Ass Pirate to let me off the hook. *HOPEFULLY* they accept the offer and waive the remainder of my debt… but who knows? Even if they do (which I REALLY hope they do), it could be months before it’s all said and done! And meanwhile…I can’t make any plans for my own future. It SUCKS!

It’s gotten to the point where I can’t even stomach the sound of Xmas music — I’ll be driving around town on my miserable rounds, glaring at other people’s cozy houses with lit trees and decorations in the windows, and some dumb fuckin’ Peace on Earth Silent Night shit comes on the radio, and I start bawling my eyes out in anger, fear and JEALOUSY. Why did I fuck up so badly?! Arrrrrrrgh! I go home to “my” house, which isn’t even MINE, and half the shit is already in boxes, and I didn’t even bother putting up any decorations. What’s the point?

All I want is a cute little bungalow in a shitty neighborhood — so long as it’s MINE! I just want a place, however humble, that is ALL MINE, that no fucking banker will ever be able to gouge excess money from me for. Is that too much to ask? Out of idle curiosity, I did a search of the real estate listings in Vegas for all single family homes under $50,000 — and nearly 4,000 listings came up! Seriously!

NOW HEAR THIS: there has to be somebody reading this who can help me. I’m guessing that bastard Jamie Dimon didn’t read my last post (although, frighteningly, after I emailed him…someone actually called me the very next day! It was just a secretary, and she didn’t offer much more than a half-assed vow to “look into” my fraudulent mortgage…but still. After three years of banging my head on the wall, to finally get an answer totally blew my mind!).

Anyhoo, as I was saying, there has to be SOMEBODY among my readership with $50,000 to spare. If you’re out there, please buy me this house: 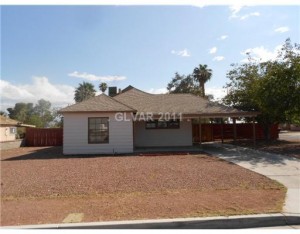 If you don’t care for this house in particular, there are many more on my list, which I’ll gladly share with you. And I promise to pay you back in a timely manner, at 2% interest…or, if you prefer, you could just gift it to me out of the generosity of your heart. Or we could work out a trade where I write for you, model for you or vacuum your balls for you….or whatever!

All I’m saying is, because of my predicament, I won’t be able to buy a house myself, in my own name, for quite some time. And I’m gonna be forced out of my current joint sooooon…in the dead of winter, no less. Have a heart! Otherwise, I’m gonna end up living at one of those shitty weekly motels with all the hookers and drug dealers (seriously! I already have it planned out). 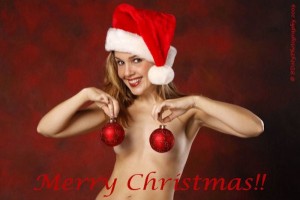 “Poor slob without a name! The way I see it, I haven’t got the right to give [her] one. We don’t belong to each other. We just took up one day…I don’t want to own anything until I find a place where me and things go together. I’m not sure where that is but I know what it is like. It’s like Tiffany’s.”

Well, that’s where me and the fake-ass, bullshitting, false-hope-giving movies part ways: I would NEVER want to live at a place like Tiffany’s.

Unless you’re talking about Tiffany’s Cafe at the White Cross Drugstore in downtown Vegas. I’d live there anytime!

I am a foul-mouthed, flat-chested bon vivant and adventuress who likes to curse, drink, smoke and run around nude, and I refuse to kow-tow to the bourgeois moral code of the day. I’ve lived in Vegas over ten years, and have a few stories to tell. I roll around town in a truck stocked with a Breathalyzer and a swizzle stick, a spare pair of panties and two stun guns. Don’t fuck with me!
View all posts by wonderhussy →
This entry was posted in fetish modeling, nude modeling, Uncategorized and tagged fetish, foreclosure, modeling, mortgage, short sale. Bookmark the permalink.