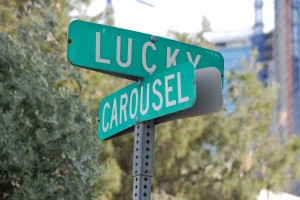 Friends, I have not updated lately because I’ve been suffering a spiritual malaise. I won’t go into detail, though, because last time I mentioned I was feeling anything other than hunky-dory, this punk-ass psychiatrist diagnosed me as bipolar, and totally fucked up my chances of ever getting my own health insurance plan (bipolar is a pre-existing condition and basis for declination of coverage, come to find out. I’m devoting an entire blog to this later. GRRR!).

This malaise started back in June, around the time I had a photo shoot scheduled at Circus Circus. I was really looking forward to it because not only have I always adored Circus Circus and its Coney Island-meets-midwestern-truck-stop aesthetic…but this shoot wasn’t even to take place in the hotel; it was to be in one of the motel rooms out back, in what they call “Circus Circus Manor” — a low-budget place for those who find Circus Circus a bit too ritzy. 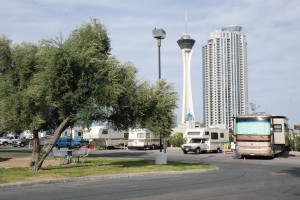 Unfortunately, for the first time in my modeling life the photographer FLAKED on me! I waited around outside Circus Circus Manor for 45 minutes — the Circus Circus RV park was nearby, so  I went over and had an RC Cola while waiting on the grass next to the laundry room. Incidentally, the Circus Circus RV park is a KOA-certified kampground, and is actually pretty damn nice! Lots of trees, grass and a little camp store in the middle, with a laundromat, game room and pool…just like real camping, only in the middle of the Vegas Strip! Weird. 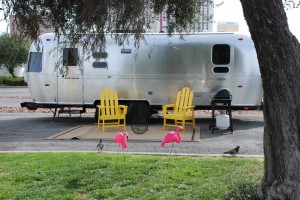 The best part is, they have these classic Airstream trailers you can rent for the night…something I’ve always wanted to do. It would be such a blast to have a white trash trailer park party — booze it up inside Circus Circus at the Merry-Go-Round bar while watching FREE circus acts, then stumble outside to the trailer park and play cards and drink more in the Airstream. Who’s with me????

Anyway, the flaky photographer set me off into a downward spiral, which I battled valiantly by keeping busy as usual. I went to a 4th of July pool party at the home of a noted hypnotist (whom I befriended in the hopes that he could hypnotize me to sleep, since I have terrible insomnia). But I just didn’t feel like boozing and partying, so I left early. Then one night I went kitten hunting with my little 18-year-old friend, who wants to be an animal rescue worker and who had discovered some feral kittens living on her street. We crawled around in the dirt and cockroaches for 2 hours, to no avail…the kittens were hiding in the mass of overgrown bushes in the backyard of an abandoned house, and I wasn’t about to go back there among the roaches, rats and meth labs.

Then another day I went over to help out with the local Burning Man art project — this year at Burning Man, all the different regions of Burners are building giant statues to represent their areas, to be set aflame during the festival. The local Burners are building this fabulous 30 foot showgirl, but to be honest I thought it was gonna be kind of lame, so I never went to help out. Well, in truth it’s actually really cool! I didn’t do much, just helped paint some poker chips that are to be piled at her feet…but at least I felt like  I added something. And it was very heartening to see the community all working together like busy bees…well, they were buzzing, anyway 🙂

Then I went to California for this big party my family was having to celebrate the college graduation of my little brother — the last of the family to get his degree. Unlike the rest of us, his is in something useful (computer engineering or something)…but we decided to make it a catch-all party for all of us, since my sisters and I never had parties when we graduated in Art, Humanities and Psychology (stop laughing).

One thing about my family is we loooove to play dress-up, so our parties usually have a theme. One year we had an awesome Arabian Nights Christmas party, and another year we played Dungeons & Dragons and dressed up as elves and shit. This time, the theme was gypsies. 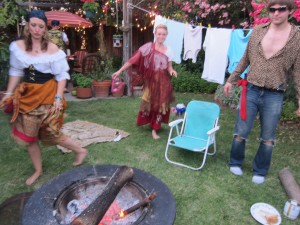 Now before you accuse me of being anti-gypsy, know that we have also had white trash, Jewish, Irish, Arabian and jook joint parties. We’re just lonely white-bread Bohemians longing for an ethnic identity…and since we have none, we have to adopt the guise of others on occasion. The gypsy guise was especially great, though, since we bought all this Bulgarian and Hungarian food (couldn’t find anything Romanian, alas) and downloaded all this awesome Roma music to dance to. Goooooooooooooooood times! 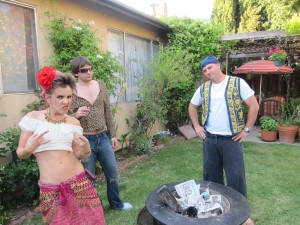 Anyway, I admit that I have a problem/obsession with playing dress-up…probably because it helps me escape the problems of my own miserable reality. My closet is the size of a Tokyo apartment, and it is stuffed to the gills with wigs, furs, hats and sparkly spandex stuff. I can dress up like just about anything with the stuff I have.

So what do I do? What else can a girl do when she’s directionless, ambitionless, un-insurable, facing foreclosure and can’t sleep? BUY MORE WIGS, of course! I just got a shipment of six new wigs in every color of the rainbow. As my roommate said… happiness in a box! Thanks, Mr. Postman…maybe everything is gonna be allllll right, after all 🙂

I am a foul-mouthed, flat-chested bon vivant and adventuress who likes to curse, drink, smoke and run around nude, and I refuse to kow-tow to the bourgeois moral code of the day. I’ve lived in Vegas over ten years, and have a few stories to tell. I roll around town in a truck stocked with a Breathalyzer and a swizzle stick, a spare pair of panties and two stun guns. Don’t fuck with me!
View all posts by wonderhussy →
This entry was posted in Uncategorized and tagged burning man, camping, circus circus, costumes, gypsies. Bookmark the permalink.

4 Responses to The Costume Cop-Out